Showing posts from January, 2015
Show all

What is Social Advocacy 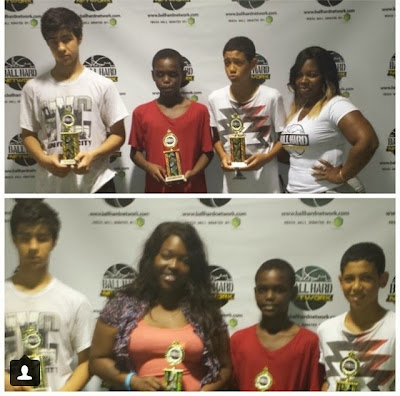 BALLHARD  JUNE 27 2014 Hey Its your Girl JA Nursing  here I'm excited to share  this event that I attended in the summer. As part of  my Mission Social advocacy and Social literacy mean taking an active role in helping to facilitate change. We ask how does this start well as A Mother of 2 children ages 20 and 15 there is no better place to start than at Home. June 27th & 28th it's going down Ball Hard PT4. Bring the community together through sports. Workshops on Friday, we Ball on Saturday .  Register at www.ballhardnetwork.com hurry space is limited.  That was the message I saw via social media Taisha Bird Provincial Youth Outreach Worker/ Steeles-L'Amoreaux  Agincourt Community Services Association  ballhardnetwork on instragram My Message reaching out to our west was As the summer starts let's enter in as parents community leaders and ask the community to #standUp for our youths #NoMoreGUNViolence go register your youths
Read more

LETS CONTINUE TO KEEP THE POWER UP  LETS LEARN TOGETHER WE HAVE A NEW LOOK  ARE YOU IN OUR UP COMING EVENTS SECTION OR GALLERY SECTION ? Let me  start it off  by saying  Thank You Thank You  for finding the time to come on my Page. I'm glad we have spent this time together.  I am your Health and Social Advocate. What does that mean for us this year? My Smarties Well you will get the opportunity to interact more with me #BOOYAH You will be along for the journey too of JA Nursing In the Streets. I think I'll call you all  My Smarties. What do you think about that ? You like that title?  I believe that anyone who takes the time out to visit my blog or any of my media outlets is definitely  trying to be a  Smartie . The goal here is to   Give you all the knowledge which in turn will give you all the power to deal with various different issues. Not only that but  information sharing is what makes a community st
Read more

IM A GROWN WOMEN ITS ME TIME 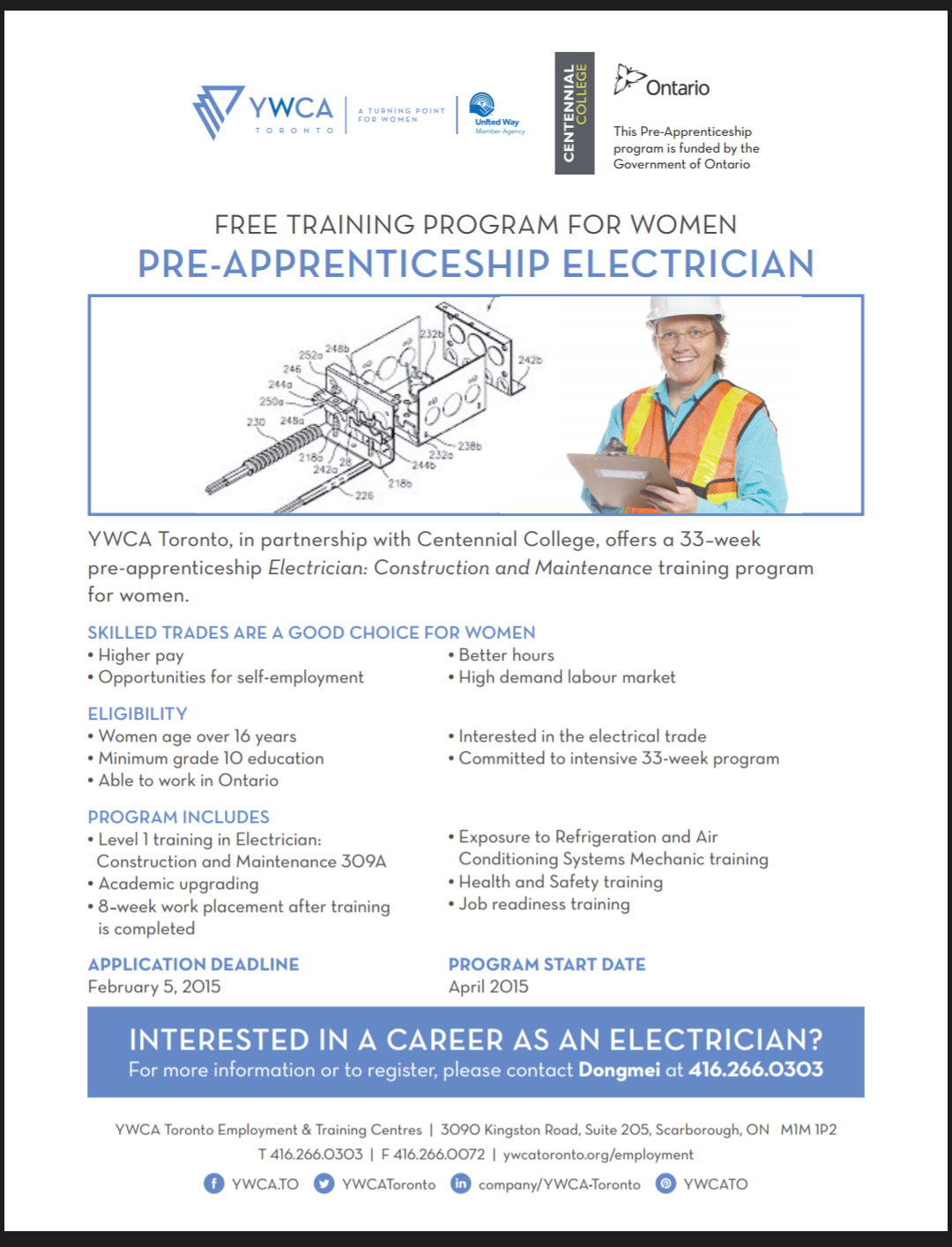 Hi  its Your girl   JA Nursing as part of my #Social Advocacy program  I am  glad to introduce you to another great opportunity. JA Nursing  works in Partnership with Toronto Community Housing  please share the goal  of  JA Nursing  with others in the community. I am your voice.  Social Advocacy  aims to to help change the face of knowledge in the  community. Every view and every share means helping someone achieve change in their life. Even though I am a Nurse I have found a non traditional way to maximize my knowledge by adding this community division. Every year a women or man starts a careers that doesn't feel genuine to them. I teach young people through mentor ship that careers can be whatever you make it.  Think outside of the box on this one for a minute . With all the new housing developments being build Electricians are increasing in demand.  Career succeed due to demand and due to passion. We no longer as Women need to seek that traditional career. A big pa
Post a Comment
Read more 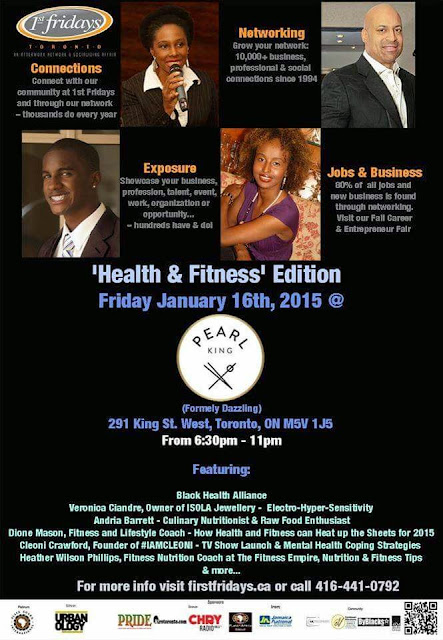 Health & Fitness' Edition  Friday January 16th 2015  Hey it's your girl JA Nursing  it's  the New Year  time to increase your Net-worth by increasing your Network. I have taken time to get involved in First Friday's. First Fridays is a community activity club whose purpose is to organize a monthly activity(s) and/or event(s) that are focused on building and improving upon awareness, networking and information sharing for youth, adults, minority and mainstream communities in education, employment, self-employment, health and wellness, the arts and other areas of interest. First Fridays in Toronto was founded in 1994. It is one of over 30 First Fridays that occur on the first Friday of every month throughout North America in cities like Montreal, Chicago, Los Angeles, Washington D.C., and New York, to name a few.
Read more

Lifes Poetry Conference YOU ARE all INVITED FEB 5 2015 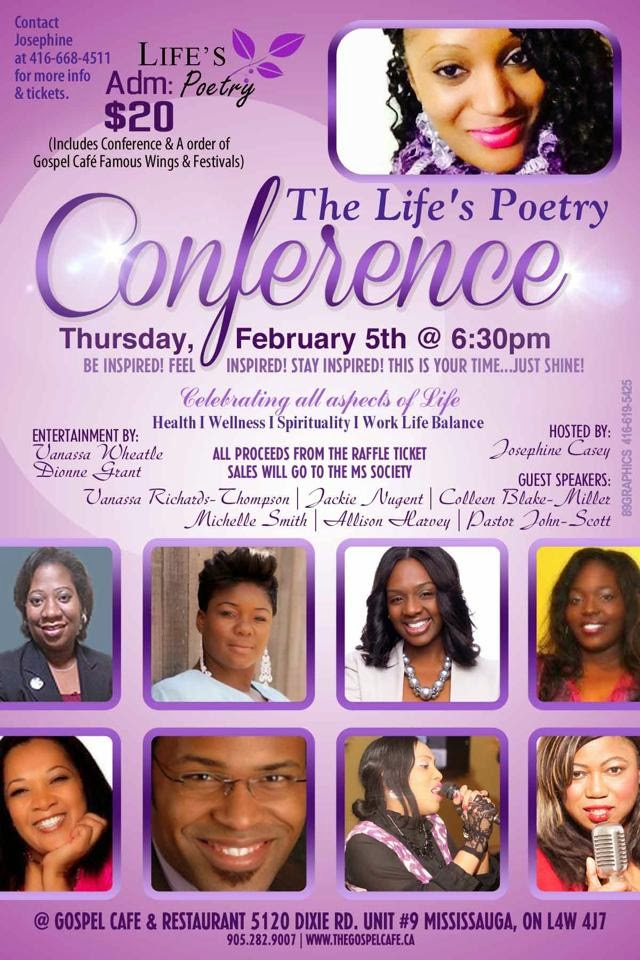 Lifes Poetry Conference  YOUR INVITED FEB 5 2015   Hosted by: Josephine Casey - Author of Life's Poetry   When asked to be a part of this event it was a no brainier. I have such a passion for Life's Poetry and it's overall symbolic meaning.  Not to mention the fact that that the proceeds will be going to a great cause. My hats go off to Josephine Casey for her dedication to share awareness about MS Multiple Sclerosis and share your Life's Poetry learn more about her event and about Multiple Sclerosis  Life's Poetry is a collection of poems that expresses freedom of speech in everyday challenges through life's journey. For all readers I hope this collection will inspire you.   Life's Poetry will be holding its 1st Annual Conference in honour of celebrating it's 2 year anniversary since publication. Please join us for this faboulous occasion as we celebrate all aspects of life such as Health, Wellness, Entrepreneurship/ Career - T
Read more 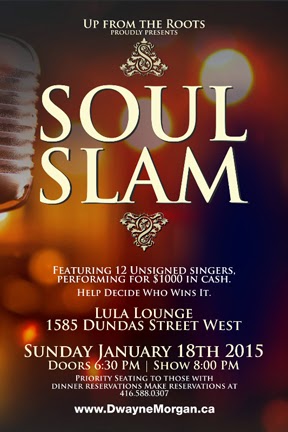 Up From The Roots www.DwayneMorgan.ca www.DwayneMorgan.ca The Soul Slam The new year is here, and it's time to get back in to the swing of the things. Our first show for the year is the Soul Slam, and I am excited to bring this one to you!! If you've ever  been to a poetry slam, you have some idea of what's going to go down on the 18th. Imagine, 12 unsigned singers on stage, each performing for a chance at the $1000 in prize money! This show will be judged by the audience, so mark  January 18th  in your calendar, and meet me at the Lula Lounge for a hot night of entertainment!! As always, priority seating will be given to those with dinner reservations. To book a dinner reservation, call the Lula Lounge at  416.588.0307 $20 advance tickets are now on sale via email money transfer or paypal to  info@dwaynemorgan.ca or online at  www.dwaynemorgan.ca Moving Forward Starting on January 5th, tickets for many of my
Post a Comment
Read more 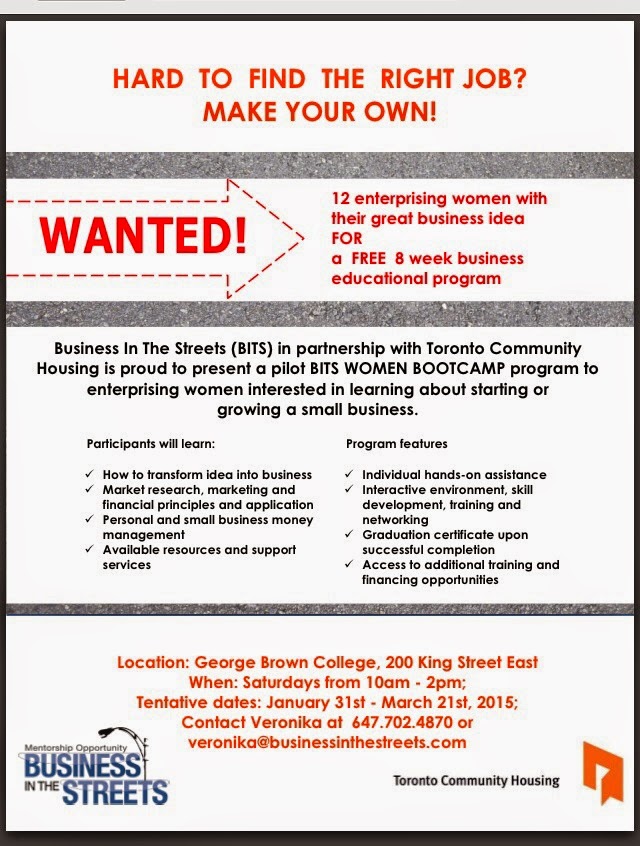 JA Nursing has been able to bring Social Advocacy to another level with a great partnerships with Toronto Community  Housing  I would like to invite Toronto Housing and non Residents to take part in this exciting opportunity to Renew your passion. How does the idea of starting your own business sound? Do you have or are you considering starting your own business?... Toronto Community Housing in partnership with Business in the Street (BITS) is proud to present a pilot BITS Women’s Boot Camp Program. Each women will have the opportunity to learn about starting or growing a small business.  The program will begin early to mid-February and offered every Saturday from 10 am-2 pm for 8 weeks. At the end of the program participants will leave with a business plan and  a chance to secure grants and other resources to assist with financing their businesses.  Childcare, tokens, light refreshments will also be provided at each session. CONTACT THE NOTED EMAILS ADDRESS BEL
Post a Comment
Read more 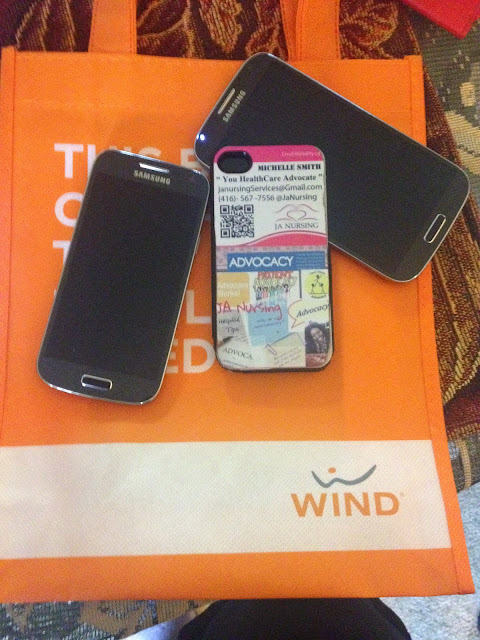 So the journey starts with a See Yah Latta Rogers it's been nice nah actually it hasn't been nice knowing you. I've been a customer Since 2005 same number #since 2005  So if you say you Can't find me Your Lying.... But back to the story In order for me to Continue I have to do some Purging Rogers was on the top of the List. Inorder to have a business and balance your money issues you have to know what Goes so Latta alligator to you Rogers. the  best part is I still have my number so find me and stay connected #416-567-7556 #JANursing in the Streets #FinancialMoment.  Cut unnecessary bills for 2015
Post a Comment
Read more 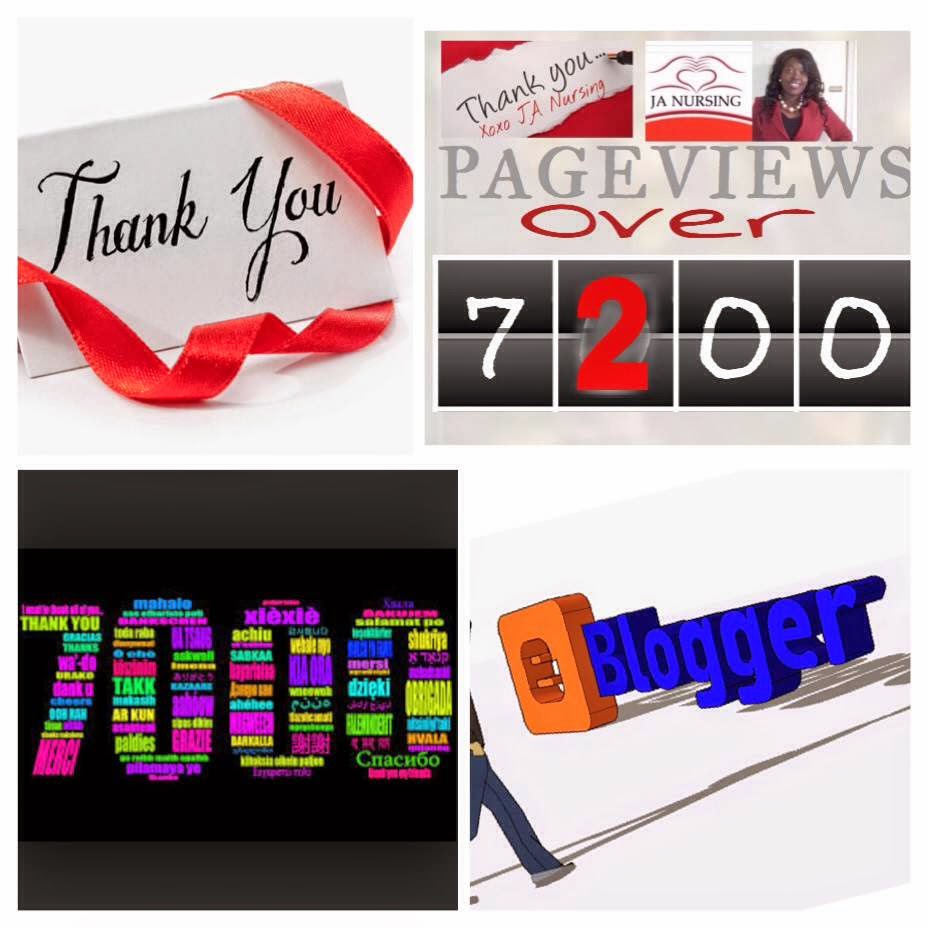 JANUARY 16 2015  Hey  Good Evening Happy New Years To you all. So let me start off by saying Hey  It's Your Girl JA Nursing ! So it's the New Year, 2015  I Guess your wondering whats in store with you and Me for 2015? Like a Chinese Calender I have decided to to call  it the Year of KNOWLEDGE 2015 Let me  start it off  by saying Thank You Thank You for finding the time to come on my Page. I'm glad we have spent this time together. I am your Health and Social Advocate. What does that mean for us this year? My Smarties Well you will get the opportunity to interact more with me #BOOYAH You will be along for the journey too of JA Nursing In the Streets. I think I'll call you all  My Smarties. What do you think about that ? You like that title?  I believe that anyone who takes the time out to visit my blog or any of my media outlets is definitely trying to be a Smartie . The goal here is to  Give you all the knowledge which i
Post a Comment
Read more

Hi Its your Girl JA Nursing  Its been a great 2014 JA Nursing is A community Division of JA Smith Consulting And Nursing Services. I look forward to working with all of you this Year. Social Advocacy is a way of keeping the community informed. Stay Connected for more info visit www.janursing.blogspot.ca instagram  janursing_ FaceBook JA Nursing email janursingservices@gmail.com twitter @janursing
Post a Comment
Read more
More posts