Showing posts from July, 2016
Show all

This year I am honoured to be chosen to be the official YdTO2016   Nurse On Duty   Community health matters and for this reason I am proud to be a part of the Youth day Toronto 2016 team. Let's conquer the war on youth health which includes youth mental wellness through advocacy and knowledge. Special shout out to Youth Day Global Founder Tylaine Duggan for supporting my vision to change the face of knowledge in our community by increasing health and social literacy. Youth day is the perfect day to say that WE CARE. YD T.O is a FREE annual festival celebrating the positive achievements of young people showcasing their MUSIC, DANCE, ART, PHOTOGRAPHY, FASHION & FILM in front of some 35,000 visitors! Proclaimed an “Event of Municipal Significance” by The City of Toronto, it has also been deemed the ‘largest youth festival of its kind’ by the media. The popularity of the event has grown tremendously due to the support of our dedicated performers and volunteers alike.
Read more 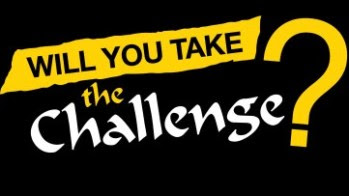 JOIN THE IMPROVE YOUR HEALTH CHALLENGE  TODAY   Hey, it's your girl JA Nursing here,  I remember back in the days,  I used to think that 40 was the year that represented old age but, forgive me for being conceited  but that is no longer the truth. I have plenty of  friends that will be turning 40 in 2016 . It truly seems like I am a part of the new elite 40 club.  Change is good especially if it becomes continuous   Forget the excuses.  Just for today, focus on the many ways that you can improve your health.  I  have been blogging for quite some time now and  I thank each and every one of you for taking the time to read  my blogs and my articles in the TorontoCaribbeanNewspaper .     I have managed to do all of these steps in an attempt to keep myself rejuvenated. However, always remember when in doubt contact me,  Remember I am your Health and Social advocate. My ask the expert platform gives you an opportunity to ask a health question t hat I will answer.  Doing things gr
Read more

JUICE Comedy Presents Majah Hype's "GO ASK YOUR PARENT'S" Caribana Comedy Show!  Sunday, July 31st, 2016 Event Alert: It's that time again, as  The Caribbean King of Comedy MAJAH HYPE returns to Toronto for his Caribana comedy show. A year of growth had him on Stage in Trinidad with Machel Montano for Machel Monday and on screen for season 2 of Tidal's hit TV series Money & Violence to name a few things. This year's show features characters never before performed live! If you following him on Instagram, you would have witnessed his travels around the world with people like Kes the Band, Taurus Riley, Shaggy, Lil John, Amber Rose, and a team of others! We are very excited to know who will be popping as his special guest appearances !  Date:  Sunday, July 31st, 2016 Doors:  7:00 PM Showtime:  8:00PM Location:  Queen Elizabeth Theatre - 190 Princes' Blvd Ticket Price:  $39.99, $5 9.99, $79.99,  $9 9.99  (VI
Read more
More posts